Meet Our Team of Experienced Attorneys and Staff

Our extensive experience explicitly focused on immigration law allows us to craft unique and creative solutions to each case we accept.

Kelsey Reff was admitted to the New York States Bar in 2023. She earned her Juris Doctor degree from the University of Akron School of Law, where she served as a student representative for their Immigration and Human Rights Clinic. With her ten years of legal administration experience, Kelsey is well prepared to meet your needs with professionalism and patience. 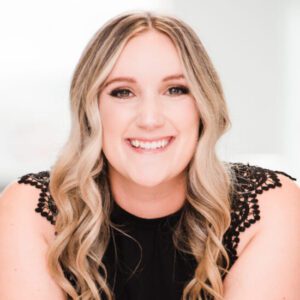 Lisa Papaj joined Kruger Immigration Law in July of 2018. She is a Niagara County Community College graduate with extensive experience in customer service and administration. Lisa enjoys interacting with new people and widening her horizons with new experiences. Lisa loves spending time with her husband, two energetic dogs, and two outgoing cats and enjoying physical activities such as hikes and bike rides.

Queixli Ruballos joined Kruger Immigration law in May of 2021. A graduate of the University at BuIalo, where she earned a Bachelor’s degree in Criminology, she has a variety of experience in customer service, leadership, and coordination. Queixli is also fluent in Spanish. During her free time, she enjoys reading up on current events, learning about different perspectives and cultures, and is currently more about the law and developing legal research skills.

We are a U.S. immigration law firm helping individuals, families, and businesses achieve their dreams without borders. Strategically headquartered in Buffalo, NY, we are part of the Golden Horseshoe, including Buffalo, Toronto, and Southern Ontario. We offer highly personalized and experienced legal services. We facilitate our clients to navigate the complex, technical, and ever-changing immigration laws in an increasingly global society. Our extensive experience explicitly focused on immigration law allows us to craft unique and creative solutions to each case we accept. We have represented clients in all types of immigration matters, including highly complex cases, giving us the experience to fully identify both the possibilities and risks inherent in each case.