With all of the bad news coming from the Trump administration on immigration these days, you may be wondering whether it is possible to be successful with an immigration case. Many of our clients are asking, is it even worth filing our naturalization application right now?

Of course each immigration case is unique, and there is no one answer to the question of whether it is the right time to file an application. But, it is STILL possible to be successful, even under this administration!

Here is the story of one of our recent naturalization application cases. This case shows how complicated immigration cases can be, the crazy and disheartening twists and turns such cases can take, and the successful outcomes that are still possible.

It’s also an example of how the persistence, tenacity, and passionate work of an experienced immigration lawyer can make a dramatic difference in an immigration case.

Our client is a native and citizen of Iraq, who immigrated to the United States as a refugee and became a Lawful Permanent Resident (commonly known as getting a “green card”). He has been residing in the United States for over 7 years. During his initial refugee processing, he listed his military service in Iraq on his application – which became a critical fact in his naturalization application years later.

Now an elderly man, our client decided to apply for United States citizenship. His mental and physical health were both declining, and his family was concerned about the memory loss and confusion in daily activities he had been experiencing. His daughter assisted with the preparation of the application, and filed it on his behalf with USCIS, the agency that processes such applications. She also filed a medical form with the application, which explained his health concerns.

However, our client’s daughter was not aware that many years ago her father had served in the military. She answered the various questions about military service on the application with “no,” and unfortunately our client did not correct her mistake.

That is where his trouble began.

As part of the naturalization process, our client was scheduled for an in-person interview at the local USCIS office. He and his daughter appeared at the interview together. Because of our client’s health concerns, which had been disclosed on the medical form, the Officer allowed our client’s daughter to serve as translator for the interview.

Our client and his family were devastated.

Our client’s daughter then contacted Kruger Immigration Law for assistance, and attorney Julie Kruger accepted the case. Ms. Kruger has extensive experience with naturalization applications. She is not afraid to challenge USCIS, especially on clearly wrong and unjust decisions like this one.

Ms. Kruger prepared and filed a “Request for Hearing,” which is the first step to challenge the denial of a naturalization application.

Ms. Kruger argued that our client did not give “false testimony,” but rather after initial confusion, he had provided truthful answers to the Officer’s questions. She pointed out that there was no reason for our client to lie about his military service, and that it wasn’t even clear how such a lie would benefit his naturalization application. She argued that the Officer’s decision was nonsensical. Our client had already disclosed his military service during his refugee interview. How would it possibly benefit him to lie about it now?

However, here our client’s case took another unfortunate turn. Although clearly filed within the deadline for such Requests, USCIS rejected the Request, finding that it was untimely.

But an erroneous rejection is not where our client’s story ends. 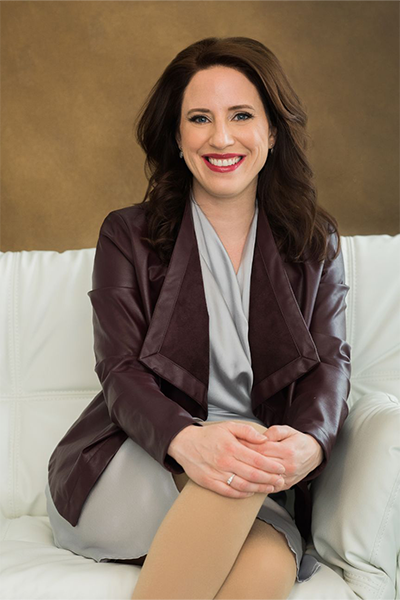 Ms. Kruger also explained in her brief that our client age and health were contributing factors to his confusion.

Lastly, Ms. Kruger pointed out that even if our client had been lying, that his lie was not material (that is, important), to his application, because it wouldn’t mean that he lacks good moral character. The Officer did not rely on his answers. His answers did not prevent the Officer from finding out any information about our client, or stop the Officer from asking further questions. The Officer already had the information regarding the Applicant’s military service and weapons training available to him, because our client had already provided it.

Moreover, having completed mandatory military service outside the United States does not mean that a person lacks good moral character.

Ms. Kruger filed the Request for Hearing with USCIS, and provided a complete copy of her work to our client through our secure online portal.

But, of course, yet another twist awaited our client: coronavirus.

The USCIS officer did not quickly issue a decision in our client’s case. And then, just weeks after our client’s Hearing, all USCIS local offices closed because of the coronavirus pandemic. Although USCIS continued to process applications and issue decisions, all naturalization ceremonies were cancelled until further notice.

Our client, so close to becoming a United States citizen, was forced to wait longer.

Finally, in early June, USCIS reopened their local offices, and began scheduling naturalization ceremonies. USCIS called our client within their first week of reopening, and advised him that his naturalization application had been approved! USCIS scheduled his swearing in ceremony at the local office that same week.

Our client is now a United States citizen, with all the rights and responsibilities of citizenship.

This is what it means to achieve Dreams Without Borders for our clients.

We are so grateful to have been able to be a part of his story!

Conveniently headquartered in downtown Buffalo’s historic Cornell Mansion, Kruger Immigration Law concentrates its practice in family immigration, naturalization and citizenship, and business immigration for those looking to relocate to the United States of America. If you have an immigration case, call us today to speak with one of our skilled immigration attorneys to see if we can help you achieve your “Dreams Without Borders”.

Get your free Case Evaluation.